Ion Rațiu (6 June 1917 – 17 January 2000) was a Romanian politician and the presidential candidate of the Christian Democratic National Peasants' Party (PNȚ) in the 1990 elections, in which he ranked third with 4.29% of the vote.

Born in Turda, Romania, Ioan Rațiu was the son of Dr. Augustin Rațiu, and a great-grandson of Dr. Ioan Rațiu, the leader of the Transylvanian Memorandum. His grandmother Eugenia Turcu was the daughter of Romanian activist and journalist Ion Codru-Drăgușanu. He attended school in Turda and Cluj, and in 1938 he earned a law degree from Babeș-Bolyai University in Cluj. In 1940, Rațiu was named Counsellor at the Romanian Legation in London, under Minister Viorel V. Tilea. In September 1940, King Carol IIfled Romania and this led to the formation of the National Legionary State. As a result, Rațiu resigned from the Foreign Service, and requested political asylum in the United Kingdom. In 1943, Rațiu earned an economics degree from the University of Cambridge. In 1945, Rațiu married Elisabeth Pilkington, the daughter of colonel Guy Pilkington; the couple had two children, Indrei and Nicolae.

Rațiu remained in exile in London after the communists came to power in Romania in 1947. Even from the beginning of World War II, he joined the fight against totalitarianism of any political color, helping to organize the Central European Student and Youth Society.

In the late 1950s, he started publishing the Free Romanian Press, a weekly news bulletin. He also contributed regularly to the BBC Romanian service, Radio Free Europe, and Voice of America. In 1957, Rațiu published his critique of Western attitudes towards the Soviet Union and communism, ‘Policy for the West’.

In 1975, the year he published Contemporary Romania, he decided to devote all his energy to the pursuit of a free Romania. He played a key role in the setting up of the World Union of Free Romanians (Uniunea Mondială a Românilor Liberi), of which he was elected president at its first congress in Geneva (1984). Shortly after this, he started publishing The Free Romanian/Românul liber, a monthly newspaper in English and Romanian.

After he returned to Romania in January 1990, he helped to re-create the National Peasants' Party, serving as its vice-president. He unsuccessfully ran for president in the 1990 election; however, he was elected as deputy of the Romanian Chamber of Deputies for Cluj County in 1990 and 1992, and then Arad, in 1996. He also served as vice-president of the Chamber of Deputies, and ambassador and negotiator for Romania’s integration in NATO’s structures. In 1991, he re-founded the newspaper Cotidianul.

After a short illness, Rațiu died in London on 17 January 2000, surrounded by his family. In accordance with his wishes, he was buried in his hometown, Turda. 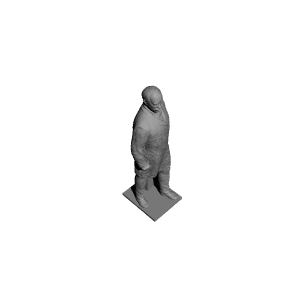