Marion Cotillard (born 30 September 1975) is a French actress, singer and songwriter. She is also an environmentalist and spokesperson for Greenpeace.

Her films have grossed more than 3 billion dollars at the worldwide box-office. In 2014, Cotillard was named "The Most Bankable French Actress of the 21st Century". Her films have sold more than 37 million tickets in France from 2001 to 2014.

This bust was created as part of the "Scandles" Product line from iMakr and Mini-You - The worlds first candle busts created using 3D printing technology. "Scandles" have launched at Le Bon Marche Luxury Department Store in Paris, if you would like to order your own custom "Scandle" please email info@imakr.com.

Learn more about the Scandles here! 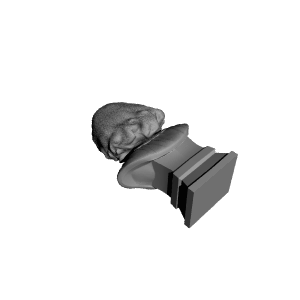 ×
1 collections where you can find Marion Cotillard - Scandle par MyMiniFactory