Exhibiting a wide diversity in size, symbolism, intimacy and style, African maternity figures depict the ideals of beauty, fertility, character and action and many signify much more, whether the primordial mother or a legendary founding ancestor. Commonly used as shrine figures, they were often objects of petitions or prayers for fertility and successful births. The prevelance of the maternity theme testifies to the importance of women and children to the continuity of each people.

This sculpture was displayed at the Masterpiece London, a leading international fair for and art and design from antiquity to the present day, by art dealers Finch & Co. 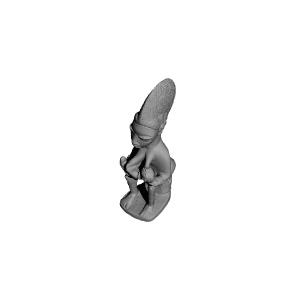