Mini Captain America based on @wekster2507 figures style. I've another version of captain america with this style, check it in my profile if you want.

If you don't know who Captain America is(i doubt it), i will let a brief description down here:

From 1943 to 1945, Rogers had attacked multiple HYDRA bases alongside his own team, the Howling Commandos, in an attempt to capture the Red Skull, and recover the Tesseract. His famous World War II exploits had made him a living legend, and during this time he formed a relationship with agent Peggy Carter. Despite seemingly losing his closest best friend and loyal teammate, Bucky Barnes, during a mission, Rogers carried on to help the Allies win the war, but crashed into the Arctic during his final mission. His close friend Howard Stark spent time looking for his body. Rogers then spent nearly 70 years encased in ice in suspended animation before he was found by S.H.I.E.L.D. in the early 21st century.

When he was awakened, Rogers found himself alone in a modern world that he hardly recognized with no idea what he was going to do with his life. Following an Asgardian named Loki having stolen the Tesseract from S.H.I.E.L.D. and declaring war on humanity, Director Nick Fury enlisted Rogers' help in retrieving what he had once known as HYDRA's weapon, and foiling Loki's plans. Joining the team dubbed as the Avengers made up of Earth's mightiest heroes, which included Howard Stark's son Tony, Rogers played one of many pivotal roles in the Battle of New York, successfully preventing the Chitauri Invasion of Earth, apprehending Loki, and reacquiring the Tesseract while finding his place in this world.

Joining S.H.I.E.L.D. as a way to maintain peace and justice with the help of Black Widow, Captain America came into conflict with the Winter Soldier who seemingly assassinated Nick Fury. Being blamed for the incident by Alexander Pierce, Rogers eventually discovered that HYDRA, whom he thought had dissolved in 1945, had existed in secret as a parasite within S.H.I.E.L.D., and that they were planning to use Project Insight as a way to bring about a new world order, while also learning that the Winter Soldier was in fact his best friend Bucky Barnes, now operating as a brainwashed assassin. Along Romanoff, Maria Hill and Sam Wilson, Rogers had ended the HYDRA Uprising. With the immediate threat of HYDRA quelled, Rogers embarked on a quest to locate Barnes.

In the midst of his search for Barnes, the Avengers were mobilized in order to eliminate the remnants of HYDRA, prompting Rogers to abandon his quest and rejoin all of his former teammates to help capture the Scepter and Baron Wolfgang von Strucker. Following securing their victory, Rogers was almost immediately thrown into another crisis when Ultron, the peacekeeping artificial intelligent program designed by Tony Stark and Bruce Banner, began a plot to eliminate humanity. Following a prolonged and brutal conflict in which the Vision's creation gave them an advantage, Ultron was defeated during the Battle of Sokovia, however the cost of their battle meant many of the Avengers disbanded, while Rogers and Romanoff stayed to lead the second incarnation of the team.

While the new Avengers conducted worldwide missions, they soon began tracking down Crossbones, only for Scarlet Witch to make a mistake resulting in innocent deaths. Thaddeus Ross then used the disaster to write the Sokovia Accords which Rogers refused to sign due to moral disagreements. Rogers' problems increased even more as Bucky Barnes resurfaced having seemingly caused a recent terrorist bombing, and Rogers chose to protect him, which then lead to Ross sending Iron Man out to apprehend them both. Upon learning Helmut Zemo was to blame, Rogers fought against his former allies to find Zemo, only for all Zemo's schemes to be completed as he revealed Barnes killed Stark's parents, resulting in Rogers going on the run and the Avengers falling apart.

Having saved his friends from the Raft, Rogers sent Barnes to gain help from T'Challa in Wakanda while he and all his allies became vigilantes. However when Thanos and his Black Order attacked Earth seeking the final Infinity Stones, Rogers came out of hiding in order to protect Vision. In order to keep the Vision safe, Rogers had brought him to Wakanda where he and Black Panther's armies held off the onslaught of Outriders sent down by Thanos. Despite their success in killing Thanos's forces, when Thanos himself arrived on the planet, he effortlessly overpowered Rogers and the other heroes and took the Mind Stone, killing Vision in the process. Despite Rogers and Thor still trying to defeat him, Thanos completed his goal and wiped out half of the population of the universe, leaving Rogers as one of the only survivors. 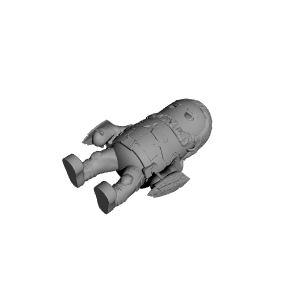