The winged goddess Nike (Victory) is flying in to land on top of a tall triangular pillar. At the same time, an eagle passes beneath her feet. The figure was made of Parian marble, by the sculptor Paionios of Mende. It was found fallen from its base in front of the temple of Zeus, where the traveller Pausanias had seen it in the mid second century AD 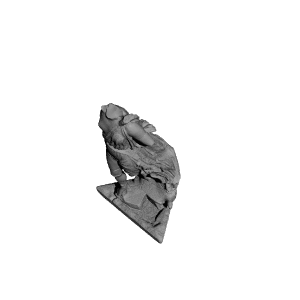 I printed this using the 'medium' setting in Simplify3D. I used eSun PLA light blue. I cut Nike at her waist to fit my print volume. She stands 15cm tall.