The Master of the Marble Madonnas was the name given to an unidentified sculptor, or perhaps group of sculptors, active in the Tuscan region of Italy between c. 1470 and c.1500. He is thought to have been responsible for a group of stylistically related sculptures that is based mainly on their related compositions and drapery forms. Products of the Master's workshop include a large number of reliefs of the Virgin and Child; busts and reliefs depicting the suffering of Christ were also popular, as were busts of children. Various mannerisms can be seen in this group, as well; among these has been what is described as "a peculiar feline smile from heavy-lidded eyes and a taut jaw, at its best radiating inward joy but often acerbic or bordering on the manic". 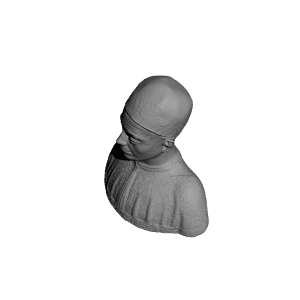 ×
0 collections where you can find Pietro Talani par 3DLirious