Portrait of George Norbertovich Gabrichevsky who was born in 1860 and died in 1907. He was Russia's most eminent microbiologist and epidemiologist. In 1888 he wrote his doctoral dissertation on the excitability of the muscles. In 1889-1891 he worked for I. Mechnikov E. Roux, P. Koch, Emmerich, P. Ehrlich, dealing mainly with bacteriology and hematology. His greatest achievements were in the dissemination of bacteriological knowledge in Russia. In 1891, Mr.. established a clinic in the hospital bacteriological Chernoff. G. In 1895, he founded the University of Moscow Bacteriological Institute, which has formed a school of bacteriologists. In 1894,  he produced antidiphtheritic serums, vaccines against scarlet fever and began its wide application. His work wasdevoted to diphtheria (method for producing the toxin, immunity, diagnosis, or serum treatment, carrier), scarlet fever and streptococcal theory of scarlet fever. 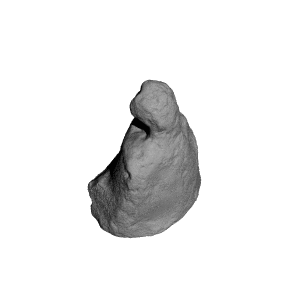