Statue of Largo Caballero (1985), by the sculptor J. Noja

Statue of Largo Caballero (1985), by the sculptor J. Noja

This 3.9 meter high bronze statue, made by the spanish sculptor José Noja Ortega, was installed during the spanish socialist government of Felipe González to honor the memory of one of the great promoters of public works such as the Nuevos Ministerios, together at whose arcade of the Paseo de la Castellana (Madrid) the statue sits. Largo Caballero was an spanish socialist politician, Minister of Labor between 1931 and 1933, a period in which he promoted major policies for the recognition of workers' rights. In 1936, at the beginning of the Civil War, he became President of the Government of the Republic. He died in exile in Paris. 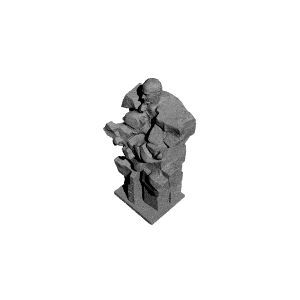 ×
0 collections where you can find Statue of Largo Caballero (1985), by the sculptor J. Noja par ArcheoPablo