Here is a pendent featuring the seal of Prince Volodymer the Great, which used a stylized version of the Ukranian trident design. There are many examples of it used on ceramics, weapons, rings, medallions, seals, and manuscripts. Prince Volodymer the Great was the grand prince of Kiev and first Christian ruler in Kievan Rus, whose military conquests consolidated the provinces of Kiev and Novgorod into a single state. 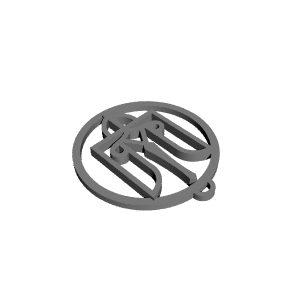