3D
Support Free Scan The World
2,073 views 122 downloads
Community Prints Add your picture
Be the first to share a picture of this printed object
0 comments

Most known altar frontals of Romanesque in Catalonia consists of a table, painted in tempera, which in some cases are complemented by relief stucco. But next to this modality there were other technical possibilities, such as fresco painting or sculpture in stone, marble or, as in this case, carved polychrome wood.

Remember that some of the details in the coating imitated the most luxurious coated with precious metals.

The Altar frontal from Santa Maria de Taüll is part of the works discovered in the early twentieth century in the churches of the Boi Valley and is one of the pieces of higher quality workshops Ribagorça. These pieces are characterized by clarity of forms, a certain strength that compares with sets of monumental sculpture in the second half of the twelfth century.

Its composition and iconography are very common in these parts. In the central registry appears the Christ in Majesty, registered in the mandorla surrounded by the symbols of the evangelists, of which traces remain. On either side are divided into two levels below the figures of the apostles arcade. The figures are carved from pine wood and polychrome remains important.

Difficult print. The details are just visible with a small layer hight as the whole thing is very flat. Printed with 0,1mm layer hight. I recommend printing it with the bodies up. 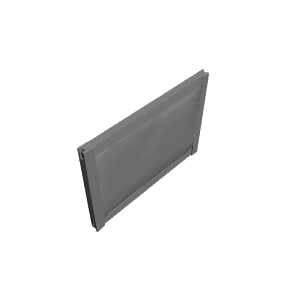