3D
Featured Scan The World
2,106 views 172 downloads
1 collection Add to collection
9 0
Community Prints Add your picture
Be the first to share a picture of this printed object
0 comments

Bust of a woman, Madame de Pompadour, (1721-1764), carved in white marble. She looks to her right, and her hair is dressed up in two braids drawn over the top of her head and bound with a ribbon at the front. Drapery is arranged over her shoulders, losely falling over a low-cut gown which almost reveals her left breast. The bust is identified, signed and dated on the reverse. The bust stands on a circular pedestal base with a concave profile, the base is carved together with the bust from one complete piece of marble.

Jeanne Antoinette Poisson, Marquise de Pompadour, also known as Madame de Pompadour, was a member of the French court and was the official chief mistress of Louis XV from 1745 to 1751, and remained influential as court favourite until her death. She took charge of the king’s schedule and was a valued aide and advisor, despite her frail health and many political enemies. She secured titles of nobility for herself and her relatives, and built a network of clients and supporters. She was particularly careful not to alienate the Queen, Marie Leszczyńska. On February 8, 1756, the Marquise de Pompadour was named as the thirteenth lady in waiting to the queen, a position considered the most prestigious at the court, which accorded her with honors. She was a major patron of architecture and decorative arts, such as porcelain. She was a patron of the philosophes of the Enlightenment, including Voltaire. Hostile critics at the time generally tarred her as a malevolent political influence, but historians are more favorable, emphasizing her successes as a patron of the arts and a champion of French pride. 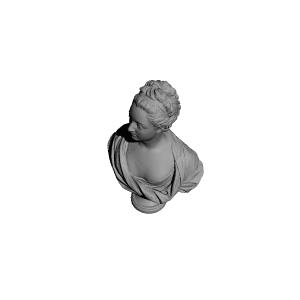