3D
2,960 views 338 downloads
3 collections
Community Prints Add your picture
Be the first to share a picture of this printed object
0 comments

This famous landmark of Uruguay is located on the Río de la Plata river in the old town of Colonia del Sacramento. This settlement is of great historical importance and its charm has been preserved, showing evidence of colonial Portuguese and Spanish architecture - the town's control switched back and forth between the two by force until it became permanently Spanish, and soon after, independent as Uruguayan.

The lighthouse itself was built in 1857 responding to the vessels' need for light when navigating the strong currents of the river and coming from the Atlantic. It is a unique lighthouse with a square base, because it is built on a repurposed tower from the Convent of San Francisco Xavier, which now lies in ruins at the lighthouse's foot. It is 26 meters tall and its light reaches 7,8 nautical miles. Visitors are allowed at the top to enjoy the views of the River and the Old Town (from Wikipedia).

MiniWorld is excited to bring this charming model to life, as we had the chance to visit Colonia and its lighthouse. This model was made by hand and brain from scratch in Autodesk Fusion360 to ensure printability, please give credit, it's all about spreading culture and education! 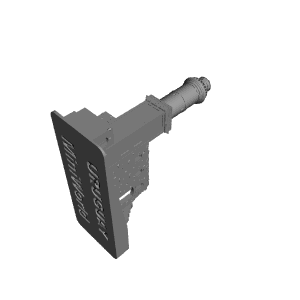 ×
3 collections where you can find Colonia Lighthouse - Uruguay Da MiniWorld