3D
Scan The World
2,928 views 67 downloads
Community Prints Add your picture
Be the first to share a picture of this printed object
0 comments

In ancient Egypt, masks were primarily used for two purposes: as death masks and as ritual masks.

Ancient Egyptians believed that it is very important to preserve a body of the dead because the soul has to have a place where to dwell after the death. Preservation of the dead body was done by mummification - a process that involved removing of the internal organs and placing it in canopic jars, wrapping body in linen and embalming. It was also considered very important for the soul to be able to recognize the body so it can return to it. For that reason were used death masks made in the likeness of the deceased and from the different materials. These death masks later evolved into a full body inner coffins in the human shape.

Ritual masks were worn by priests during rituals. They were made in the likeness of animal heads, heads of gods of ancient Egypt. Priest would wear a mask on his head and it would cover his shoulders. Head of the mask was also taller than a priest’s head so he was constrained to look through two small holes on the neck of the mask. Other gods and goddesses also had their masks. Religion in the Ancient Egypt was very important. Temples were places where gods lived and statues of gods were gods themselves. Everything considering the religion was shrouded in mystery. Priest who wore a mask of a god during a ceremony would become an avatar of god, an embodiment of god himself. Priest would speak his words and convey his will. 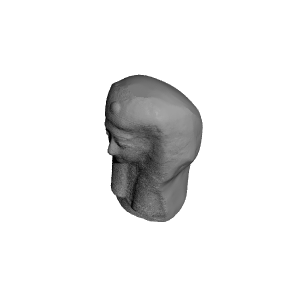