3D
8,466 views 1,044 downloads
7 collections
Community Prints Add your picture
Be the first to share a picture of this printed object
0 comments

Goliath woke up on the wrong side of angry this morning. Little is known about this Monster because scientists studying the beast wind up getting torn in half. Proving just how unfair natural selection can be, Goliath can not only punch through the hull of a starship, it can also breathe fire. 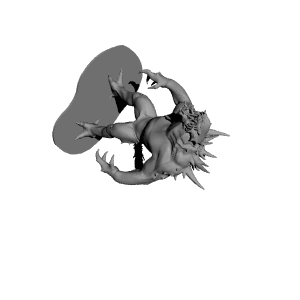 ×
7 collections where you can find Golliath from Evolve Da MyMiniFactory