3D
5,468 views 501 downloads
7 collections
Community Prints Add your picture
Be the first to share a picture of this printed object
0 comments

They make horror movies about the things mounted on Griffin’s wall. This veteran Trapper relies on deployable Sound Spikes to keep tabs on the Monster’s movements. But when it’s time to face off with his prey, he breaks out his Harpoon Gun to pin it down – like shooting a giant, angry fish in a space barrel.. 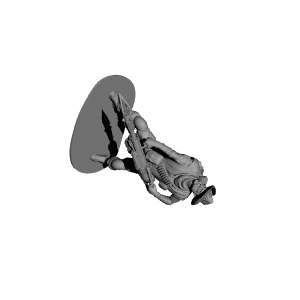 ×
7 collections where you can find Griffin from Evolve Da MyMiniFactory