Groot - Gardians of the Galaxy - A pop Culture Inspired Model

Groot - Gardians of the Galaxy - A pop Culture Inspired Model

Send Message to CR83D OUT OF HAND

We've started our Patreon Page, Pop over and check us out.
Facebok:
https://www.facebook.com/Cr83d.Ayrshire

Groot (/ɡruːt/) is a fictional character appearing in American comic books published by Marvel Comics. Created by Stan Lee, Larry Lieber and Jack Kirby, the character first appeared in Tales to Astonish #13 (November 1960). An extraterrestrial, sentient tree-like creature, the original Groot first appeared as an invader that intended to capture humans for experimentation.

The character was reintroduced as a heroic, noble being in 2006, and appeared in the crossover comic book storyline "Annihilation: Conquest". Groot went on to star in its spin-off series, Guardians of the Galaxy, joining the team of the same name. Groot has been featured in a variety of associated Marvel merchandise, including animated television series, toys and trading cards. Vin Diesel voices Groot and his son (also named Groot) in the Marvel Cinematic Universe films Guardians of the Galaxy (2014), Guardians of the Galaxy Vol. 2 (2017), Avengers: Infinity War (2018), and Avengers: Endgame (2019), while Krystian Godlewski played the character via performance capture in the first film. Diesel will return to voice the character in Thor: Love and Thunder (2022). Baby Groot will return for the upcoming Disney+ short form show I Am Groot. Fred Tatasciore voices Groot on the Disney California Adventure ride Guardians of the Galaxy: Mission Breakout. Diesel will return to voice the character in Guardians of the Galaxy Vol. 3. Diesel also voiced Groot as a cameo in the 2018 Disney animated film Ralph Breaks the Internet. Since his film premiere and animated series debut, Groot has become a pop culture icon, with his repeated line "I am Groot" becoming an Internet meme.

Groot - Gardians ofthe Galaxy - A pop Culture Inspired Model Scanned and made available by Cr83d. Hope you enjoy the model everyone. :D

Any Tips we receive will be used to buy and scan more items for you lovely lot to print,
if you want to see more files like this one on our profile then every little helps.

We Have many more modelsavailable in store, We do pop culture, rock and roll as well as fantasy, historical and mythical.
In the world of 3d modeling hyper slick and smooth finishing is all the rage, here at Out of hand we prefer a more world weary lived in and used feel. We hope you like our style and all feedback is welcomed.

Dont just download for free and NEVER give anything back, that's not cool at all.... Support the community, save the world :)

Thanks for checking in on us and for your ongoing support. 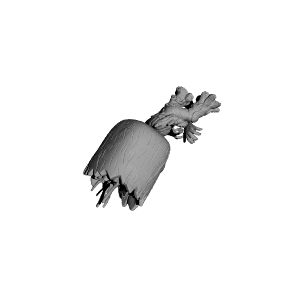 ×
1 collections where you can find Groot - Gardians of the Galaxy - A pop Culture Inspired Model Da CR83D OUT OF HAND
×
WaHoJangLong
@WaHo
1
Printed on: Creality CR-6 SE
Material: PLA
Posted at: 21st April 2021

Thank you for making a good model.