The Lady of Elche or Lady of Elx is a limestone bust that was discovered in 1897 at L'Alcúdia, an archaeological site on a private estate two kilometers south of Elche, Spain. It is currently exhibited in the National Archaeological Museum of Spain in Madrid.

It is generally known as an Iberian artifact from the 4th century BC, although the artisanship suggests strong Hellenistic influences. According to The Encyclopedia of Religion, the Lady of Elche (Roman Illici), is believed to have a direct association with Tanit, the goddess of Carthage, who was worshiped by the Punic-Iberians.

The originally polychromed bust is thought to represent a woman wearing a complex headdress and large wheel-like coils (known as rodetes) on each side of the face. The opening in the rear of the sculpture indicates it may have been used as a funerary urn.

Detail of the Lady of Elche

Other artifacts associated with Iberian culture are the Lady of Guardamar −which has similar wheel-like rodetes and necklaces− or the Lady of Baza. While the Lady of Elche is a bust, there are indications that it was part of a seated statue, similar to the Lady of Baza (with which it shares similar necklance pendants) or a standing one like the Gran Dama Oferente from Cerro de los Santos (Montealegre del Castillo, Albacete).

These three figures and the Bicha of Balazote are exhibited in the same Iberian art hall in the National Archaeological Museum of Spain in Madrid. 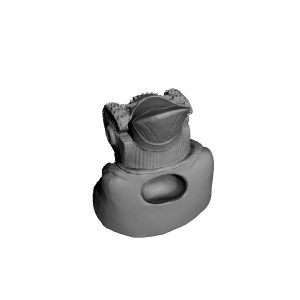