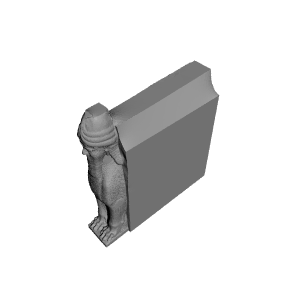 How great is this model? Makes me want to learn more Ancient History. Mr. Egelie gives an excellent dissertation on this beautiful piece. Thank you professor! I saw it on TV the other night, I think it was on an Ancient Aliens show. I am so happy I stumbled across this and Mr. Egelie's works. Great stuff!!! Used .12 layer, 6 shells, supports, but probably not necessary, Used Paramount Medusa Stone. I love it for its mottled black specks. Cooked at 215, bed at 70-60.