3D
360°
Scan The World
1,817 views 188 downloads
Community Prints Add your picture
Be the first to share a picture of this printed object
0 comments

A young bull, known as Nandi in the later periods, often accompanies images of Shiva, as the god's associated animal or vehicle (vahana). Bull images of this kind are often positioned in front of a Shiva temple, facing towards the deity within the inner shrine. Originating from South India or Deccan, 1500-1700. 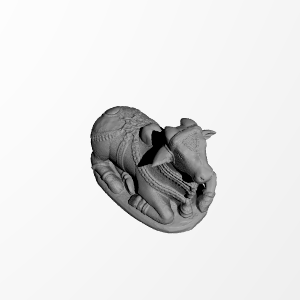 ×
0 collections where you can find Nandi Da Scan The World