3D
Scan The World
2,215 views 87 downloads
Community Prints Add your picture
Be the first to share a picture of this printed object
0 comments

Nathaniel Bowditch was one of America’s great practical scientists. His contributions to navigation and astronomy were signal achievements in the new republic, helping to create an identity distinct from England. Self-taught and ambitious, Bowditch had a successful career as a businessman but also turned his restless mind to scientific inquiry. His most important book was the New Practical Navigator (1802), which simplified navigational problems for seamen.
Bowditch’s bust rests on the first volume of his translation and annotation of Pierre-Simon de Laplace’s Celestial Mechanics, a study of physical astronomy. 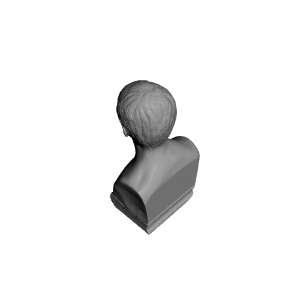 ×
0 collections where you can find Nathaniel Bowditch Da 3DLirious