3D
360°
1,820 views 292 downloads
1 collection
Community Prints Add your picture
Be the first to share a picture of this printed object
0 comments

Starting the new series Road To: "2020", this year's theme is Heavy Nintendo Villains (HNV). There will be a total of ten different antagonists that will be featured on my page by January 1st, 2020, all modeled after some classic appearances.

Introducing the lineup is Bowser, from the Mario games!

Bowser is the archantagonist of Mario. While he is generally terrible in nature, he will lend a hand when a greater threat to the mushroom kingdom arises. Inspiration for the design came from his appearance in promotional art for the N64 era of Mario titles.

Mario and Luigi: Bowser's Inside Story 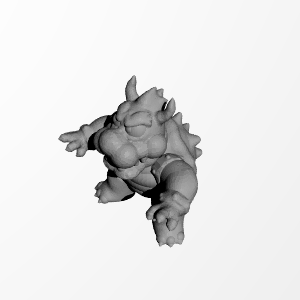 ×
1 collections where you can find Road to 2020: Bowser Da Hillbilly 'Mac