3D
Scan The World
4,635 views 178 downloads
2 collections
Community Prints Add your picture
Be the first to share a picture of this printed object
0 comments

The towering slit gongs of northern Vanuatu are among the largest musical instruments in the world. Found primarily on Ambrym, Malekula, and neighboring islands, they are carved from the trunks of breadfruit trees, which are also an important food source. In each village, a number of gongs, comprising a sort of informal orchestra, stand on the village dancing ground. Gong orchestras are played at major social and religious events such as initiations, funerals, and dances. When playing, the musician stands in front of the gong and strikes the lip of the slit with a clublike wooden beater. As the gong ensemble is played, rhythms of immense variety and complexity can be produced by the carefully coordinated actions of multiple drummers. 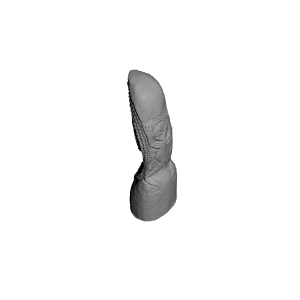