3D
Scan The World
1,490 views 140 downloads
1 collection
Community Prints Add your picture
Be the first to share a picture of this printed object
0 comments

Livia Drusilla (58 BCE - 29 AD) was the third wife of Emperor Augustus of Rome, mother of emperor Tiberius, and grandmother of emperor Claudius. She was one of the great women in history who achieved prominence living in the shadow of a strong leader, serving silently as his advisor and confidant.

In 42 AD, Livia was deified by her grandson Claudius. Already before, she was depicted here and there with divine attributes such as ears of grain or cornucopia. Both were to promote prosperity through the activities of the imperial family. Restored with support from the Reiss-Engelhorn-Museums Mannheim. 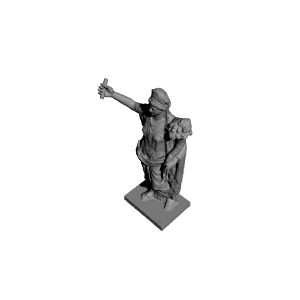