Montuemhat kneels behind a stela, raising his hands in worship. The damaged top left of the stela shows him likewise, adoring the sun-god Atum-Khepri. A hymn below describes Atum's sunset into the netherworld. A matching statue, now in Cairo, bears a hymn to the sun at sunrise. Both must be from the governor's giant tomb.

Montuemhat ruled from Thebes over Upper Egypt, first as a vassal of the Kushite kings. He switched loyalty as Psamtek I of Sais phased out all foreign domination by Assyria and Kush. 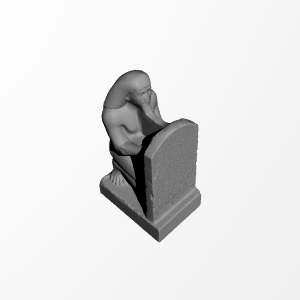