3D
360°
Featured Scan The World
2,868 views 142 downloads
Community Prints Add your picture
Be the first to share a picture of this printed object
0 comments

Having received the Rome Prize (Prix de Rome), Falguière left for the Villa Médicis where he sculpted 'Tarcisius Christian Martyr' in 1868. This moralising subject is drawn from a novel published in 1854 by the Archbishop of Westminster. The young Christian Tarcisius was set upon by pagans as he was carrying the Blessed Sacrament to martyrs from Lyons, sentenced to tbe thrown to the wild animals. He was stoned to death because he refused to let the pagans desecrate the host he carried hidden beneath his tunic. 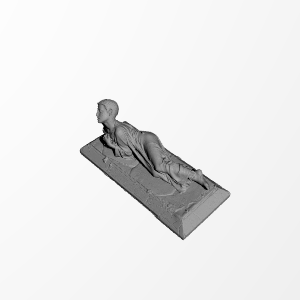 ×
0 collections where you can find Tarcisius Christian Martyr Da Augustins