3D
Scan The World
3,166 views 147 downloads
Community Prints Add your picture
Be the first to share a picture of this printed object
0 comments

Pity for the suffering and death of Christ is a fundamental theme in Christian art. At the center of Monnot's relief, the hands of Mary and Jessusinius fall limp, hers in a swoon as he slips from her last caress. Deeply undercut, the limbs and hair of foreground figures emerge into the viewer's space, while low-relief background figures seem to fade into the distance. Few such baroque marble high reliefs survive outside the churches for which they were made. This one, signed and dated, must have belonged to a patron important enough to compete with popes for the services of the French-born sculptor Monnot, a leading artist in Rome after Bernini's death. 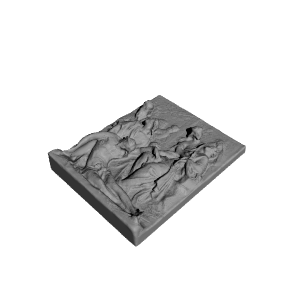