3D
Scan The World
3,206 views 225 downloads
1 collection
Community Prints Add your picture
Be the first to share a picture of this printed object
0 comments

Áron Márton (August 28, 1896 – September 29, 1980) was the bishop of the Roman Catholic Church in Transylvania during World War II and the communist dictatorship in Romania.

Márton was one of the first intellectuals to openly oppose the preparations for World War II, which he was already doing in 1938. He stayed in southern Transylvania, which remained part of Romania after the Second Vienna Award. In a speech he gave in St. Michael's Church, during a visit to Kolozsvár (Romanian: Cluj) in May 1944, he condemned the prepared deportation of Romanian and Hungarian Jews.

A couple of days later, he wrote letters to the Hungarian Government, to the Police and other authorities, requesting the prohibition of the deportation. As a response, Márton was expelled from the city. For his activities during this period, he was posthumously awarded the title "Righteous Among the Nations" by the Yad Vashem institute in Israel (in 1999). 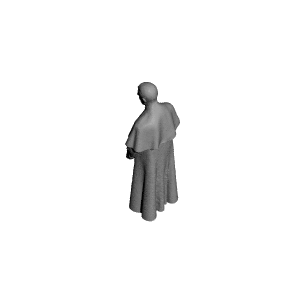 ×
1 collections where you can find Áron Márton in Cluj, Romania by apllana