Thorvaldsen possibly modeled Seinsheim's bust during his visit to Rome 1817-18, when he was a companion for Ludwig 1. of Bavaria. We are not sure whether it actually is Seinsheim or Count Gustav von Ingenheim, but there are apparently similarities with more recent portraits of Seinsheim. It is not known whether the bust was also made in marble. 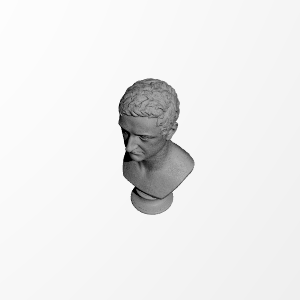 ×
0 collections where you can find Karl von Seinsheim (?) by Thorvaldsen