3D
Scan The World
1,628 views 55 downloads
1 collection
Community Prints Add your picture
Be the first to share a picture of this printed object
0 comments

300 North LaSalle is a 60-story mixed-use building, constructed from 2006 to 2009, located on the north bank of the Chicago River on the Near North Side community area of Chicago, Illinois, United States. The building contains 1.3 million square feet (121,770 square meters) of space to include offices, retail shops, restaurants, and public spaces, as well as three levels of underground parking. Due to its location on the north bank of the Chicago River, the building features a half-acre sunlit waterfront public garden with direct access to the river's edge. The structural steel was fabricated and erected by Cives Steel Co. and detailed by Maine Detailers, a division of Cives Steel Co. 300 North LaSalle achieved Platinum certification under the U.S. Green Building Council’s LEED for Existing Buildings (EB) category, the highest rating possible. The tower previously received Gold certification under the LEED for Core & Shell (CS) Rating System. 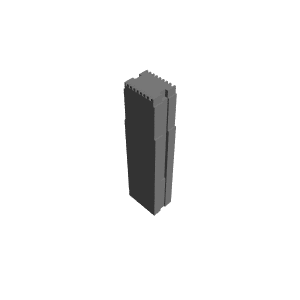 ×
1 collections where you can find 300 North LaSalle in Chicago, Illinois by jkurstin22