3D
8,349 views 488 downloads
2 collections
Community Prints Add your picture
Be the first to share a picture of this printed object
0 comments

A 620 film spool for medium format cameras. 120 film spools are easy to come by, and can be bought new at camera stores, and online, but 620 spools are harder to find and can cost way to much for what they are.Though 120 and 620 spools are very very similar some older cameras just simply will not accept a 120 spool (Or they do....after some extreme jamming, or trimming of the spool). In this case I normally have to find some old 620 spools, then take my 120 film, and re-spool it onto the 620 spool. Problem is they are hard to find, normally one comes with any old 620 camera you buy... But you need a second one! (you need one for the film to actually be spooled on, and then you need one as the "take-up" spool for the film to wind onto once in the camera.The best example is a Brownie Hawkeye. Luckily, you can load a 620 spool into the back of the camera, and use a standard 120 film spool for take up. I made this model because although you can find 620 spools, they are a pain to find and people want way to much for them! 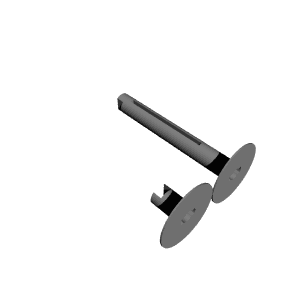