3D
Scan The World
5,621 views 558 downloads
Community Prints Add your picture
Be the first to share a picture of this printed object
0 comments

Many ancient copies of the bronze have been found (and the Baiae find suggests industrial-scale production of them), but the most famous is the 3.05 m (10 ft) high example found in the ruins of a Roman villa in a vineyard near Velletri in 1797. Upon rediscovery, it was purchased by Vincenzo Pacetti, who added the peak of the helmet, the straight forearm, the hands, the feet, the snakes, and a section of the cloak, and polished the overall surface. He then sold it to the French Directory, which transported it to Rome, where it was soon seized by Neapolitan armies when they briefly held the city from November to December 1798 during the opening stages of the War of the Second Coalition. France then regained it in the Treaty of Florence (28 March 1801), and it was displayed at the Louvre from December 1803 onwards.

This huge statue of Athena, found in Velletri in the eighteenth century, is a copy of a bronze effigy, now lost, known from Roman copies and fragments of antique casts, found in Baia, near Naples. The original, dating from about 430 BC, is generally attributed to Cresilas, a Cretan sculptor who also produced a portrait of Pericles (also on Scan the World), a copy of which is in the British Museum. The hero's oval face and sharply defined features are strikingly similar to those of the goddess. 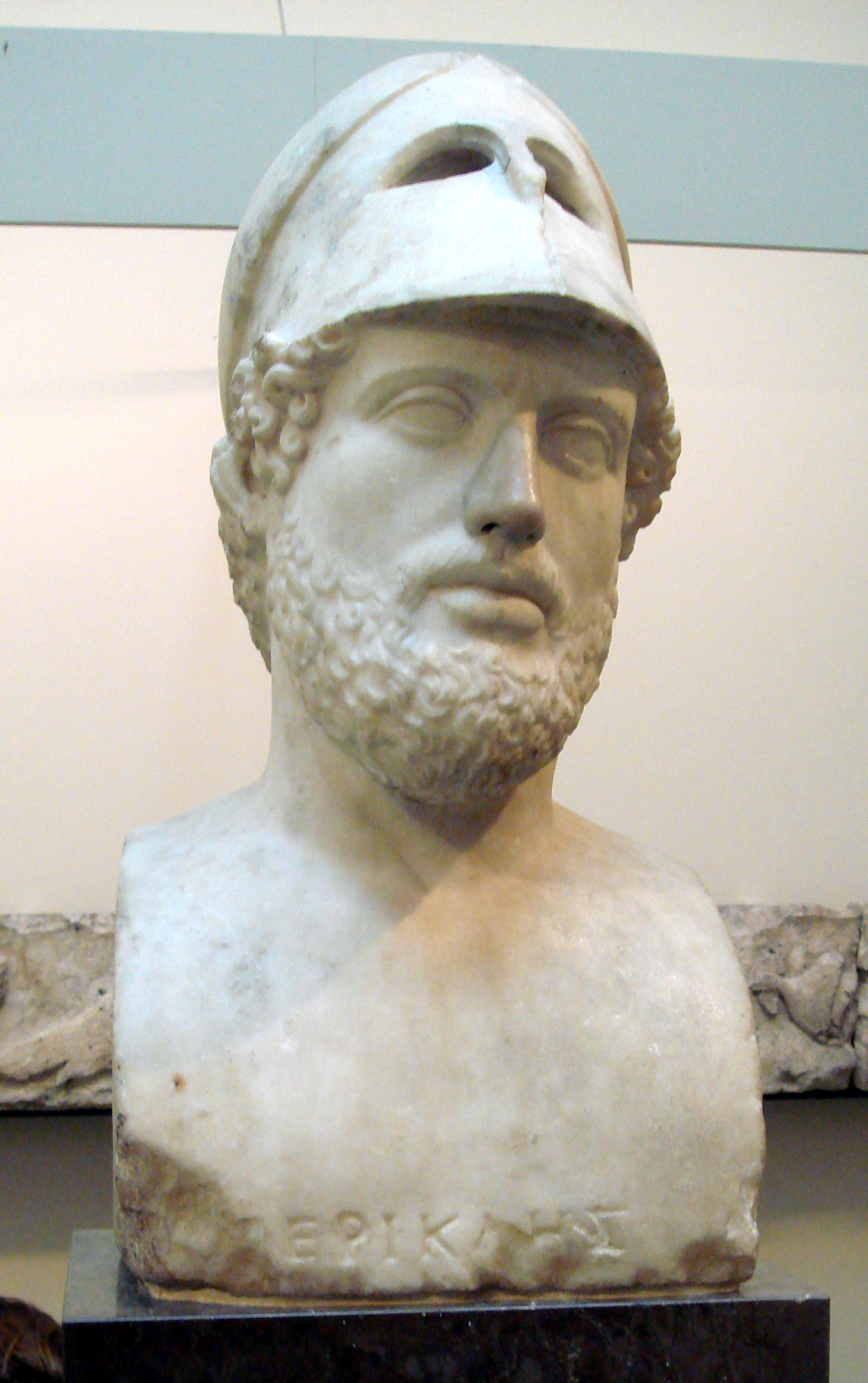 In 1797 Vicenzo Pacetti, an art restorer, discovered a huge statue, more than three meters tall, in the ruins of a Roman villa near Velletri, a small Italian town whose name has now become synonymous with the copies of this style of statue. The helmet and aegis (a breastplate edged with serpents and with the head of the Gorgon Medusa fixed in the center) indicate that the statue represents the goddess Athena-known by the Romans as Pallas or Minerva. The statue was purchased by the French commissioners of the Directoire and taken to Rome before being confiscated by Neapolitan troops in 1798 and moved to the royal collections in Naples. On 28 March 1798, the work was handed over to France by the Treaty of Florence. It has been on display in the Louvre since December 1803.

This monumental work is a copy of a bronze effigy on the same scale, now lost, although several Roman copies survive. Fragments of antique casts were also found during the excavation of a Roman workshop specializing in copies of ancient works, in Baia, near Naples. It is likely that these fragments were cast from the original, confirming the size and the material of the original statue, which probably dated from the Classical period, in the late 5th century BC. The small size of the aegis, the goddess's long, sleeved tunic, and her cloak or himation, gathered at the hips in a large triangular drape, are all characteristic of the period. The solemn, hieratic pose of the goddess, her attributes, and the folds of the cloth are influenced by the Athenas sculpted by Phidias, such as the Athena Parthenos and the Athena Promachos.

The original from which this statue was copied has sometimes been identified as the statue sculpted by Alcamenes in about 430-420 BC for the interior of the temple of Hephaistos on the agora in Athens. However, the style of the goddess's facial features makes it more likely that the statue is the work of the Cretan sculptor Cresilas, who worked on the Acropolis in Athens in the late 5th century BC. The regular oval shape of the face, together with the sharply defined brows, eyes, and nose, are strikingly similar to the bust of Pericles wearing a helmet, now in the British Museum. The bust is a copy of the statue of the strategist that Cresilas produced in about 430 BC, according to Pliny the Elder in his Natural History (34.25). This work is mentioned again in the second century AD by the traveler Pausanias, in his Periegesis (1.28.2), when it was in the Acropolis in Athens. The Pallas of Velletri is therefore likely to be a Roman copy of an original by the Cretan master sculptor, although it is impossible to say precisely which statue, whether the original was religious in nature, and what building the original was made for. 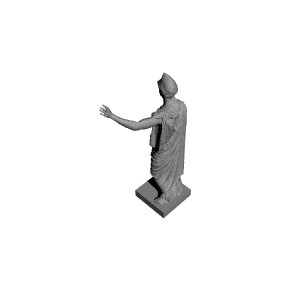 ×
0 collections where you can find Athena of Velletri at the Louvre, Paris by Scan The World