3D
360°
Scan The World
1,334 views 57 downloads
Community Prints Add your picture
Be the first to share a picture of this printed object
0 comments

This statuette is part of a group of stone figurines purchased by The British Museum in the 1930s. Said to be from ancient Yemen, they were later identified as fakes. Reinforcing the deceit, the workshop that produced them appears to have been mocking the trade in antiquities by deliberately carving the figures to resemble someone sitting on a toilet. 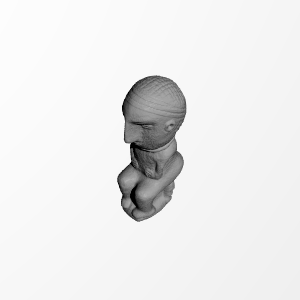 ×
0 collections where you can find A 'bog'-standard fake? by Scan The World