A Girl on a Sofa

3D
Scan The World
1,957 views 54 downloads
Community Prints Add your picture
Be the first to share a picture of this printed object
0 comments

A Girl on a Sofa

The park of arts MUZEON is the biggest outdoor sculpture museum in Russia.

The unique soviet era monuments of the collection were assembled since the foundation of the museum in 1992. The soviet monuments built from 1930 to 1950s did not only serve for propaganda purposes, but also to enhance the view of the city. For example, the statue of Dzerzhinsky by Evgeny Vuchetich and the statue of Gorky designed by Ilya Shadr and built by Vera Mukhina’s cooperative association were monumental leitmotivs at the two central Moscow squares for a long time. Also present in the MUZEON collection are many significant artifacts of the socialist realism era, numerous busts of socialist labor heroes and - essential for every soviet establishment - traditional portraits of USSR leaders.

One of the museum’s goals has always been the conservation of these unique monuments, which have been treated differently as the political course of the country changed. One may question the artistic importance of these sculptures and other significant works of art, but their historical importance lies beyond any doubt: They are artifacts of an era and are essential to the analysis of it. Hence one of the museum’s main objectives is their conservation and scientific description.

On the other hand, the MUZEON also displays the works of avant-garde sculptors, which were not exposed under the soviet regime, because they did not fit in the official art form of that time. Therefore under the soviet regime they were kept at the workshops, away from the general public. Amongst these works are rare masterpieces by Evgeny Chubarov, Alexey Grigoriev and Leonis Rabins.

Now all the visitors can come to evaluate the changes and to participate in socio-cultural projects initiated by the park – to see exhibitions of contemporary art, photography or historical material, to watch video art or movies, to swap books in the library, to visit concerts and design art-markets. In 2013, the park attached a pedestrian Krymskaya enbankment, which has become a new point of attraction for tourists 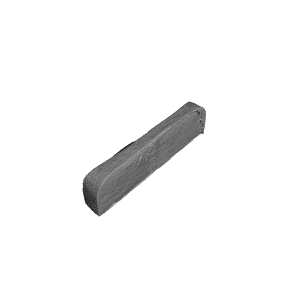