A Peasant from Yasnaya Polyana

3D
Scan The World
1,167 views 47 downloads
Community Prints Add your picture
Be the first to share a picture of this printed object
0 comments

A Peasant from Yasnaya Polyana

Boris Korolev particapted in many endeavors of his era : he worked at the College of Fine Arts under the People's Commissariat for Education. Created monuments in the framework of the plan of monumental propaganda, was a member of various associations of artists. He boldly experimented with the form, he was one of the few Russian sculptors who were keen on the 1920's. Korolev returned to realistic language. The portrait of a peasant was not created during of his work by the statue of "Tolstoy of the last years" for the school of the writer's 100th jubilee. 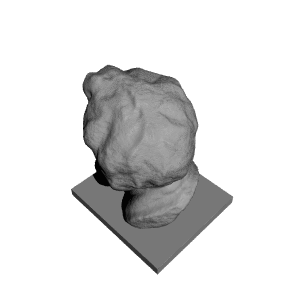