A rishi or Hindu sage

3D
Scan The World
1,033 views 35 downloads
Community Prints Add your picture
Be the first to share a picture of this printed object
0 comments

A rishi or Hindu sage

This is a statue depicting a Rishi of a Hindu sage. Rishi is a Vedic term for an inspired poet of hymns from the Vedas. The post-Vedic tradition of Hinduism regards the rishis as "seers", "great sadhus" or "sages" who after intense meditation (tapas) realized the supreme truth and eternal knowledge, which they composed into hymns

the statue was discovered in Cambodia, Angkor Thom region. 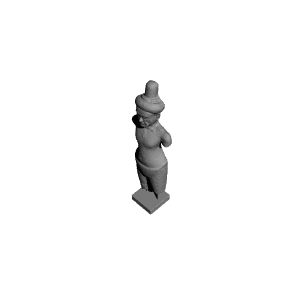