3D
360°
Scan The World
1,298 views 94 downloads
1 collection
Community Prints Add your picture
Be the first to share a picture of this printed object
0 comments

This bust belonged to a standing figure, erected in a temple. The owner lived when native kings from Sais, a town in the western Nile Delta, ruled over a united Egypt. He remains unidentified, because his name and titled would have been inscribed on the lower half. The facial features, benign if somewhat bland, represent the artistic ideal of the late 26th Dynasty. This template was endlessly repeated in sculpture of later centuries.

An unusual prominence is given to the Adam's apple 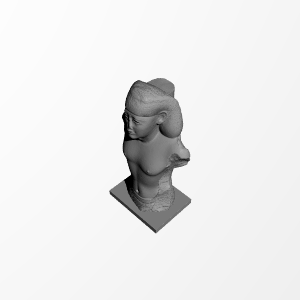