3D
Scan The World
2,488 views 70 downloads
Community Prints Add your picture
Be the first to share a picture of this printed object
0 comments

This Medallion in bronze represents Stendhal, integrated to a simple stele. It was executed by Rodin according to a draw of the sculptor David d'Angers

Marie-Henri Beyle better known by his pen name Stendhal was a 19th-century French writer. Best known for the novels Le Rouge et le Noir and La Chartreuse de Parme  he is highly regarded for the acute analysis of his characters' psychology and considered one of the earliest and foremost practitioners of realism. 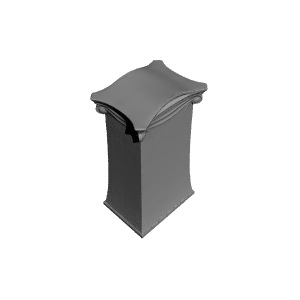