3D
Featured Scan The World
3,308 views 285 downloads
Community Prints Add your picture
Be the first to share a picture of this printed object
0 comments

Bissen pays homage to the Danish foot soldier from the war 1848-1851, where the Danish government prevented the duchies of Schleswig and Holstein from leaving the Kingdom of Denmark. The sculpture marks the first time in European history that a memorial to military victory did not show a goddess, a general, or a monarch, but a simple, anonymous soldier from the battlefields. 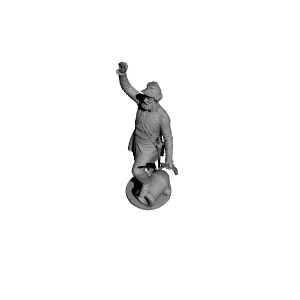 ×
0 collections where you can find A Victorious Danish Soldier by geoffrey.marchal