3D
Scan The World
2,165 views 203 downloads
2 collections
Community Prints Add your picture
Be the first to share a picture of this printed object
0 comments

Although he is dressed as a Roman soldier, this figure probably represents a warrior saint or figure from the Old Testament. It is probably from a series that would have decorated piers within a church. The Quellin family were an artistic dynasty active in the southern Netherlands throughout the 17th century. 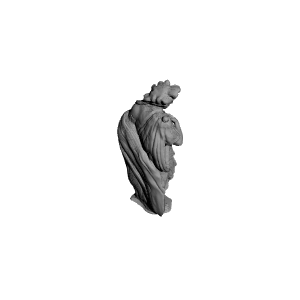