3D
Support Free Scan The World
1,838 views 61 downloads
Community Prints Add your picture
Be the first to share a picture of this printed object
0 comments

In this exquisite ceramic, Leger presents a beautiful female visage which is partly hidden and slightly framed by the subject’s hands. It is an intriguing and engaging ceramic piece – the background is a vibrant orange while the details of the woman’s face and hands are outlined in a contrasting black. According to Y. Brunhammer (2005), “The first low reliefs of 1950-52 were inspired by paintings and still lifes painted in 1936, 1937 and 1938 in strongly contrasted colours, in which the object and colour had replaced the ‘subject’ inherited from the Renaissance. These were the years that Léger was exploring mural decoration with his architect friends Robert Mallet-Steves, Le Corbusier, Charlotte Perriand, and later Paul Nelson, who had moved to Paris, for the Hanging House in 1939. His ceramic work was due to an unusual affinity with Roland Brice, who had moved to Biot in 1949 to work full-time on pottery” (132). 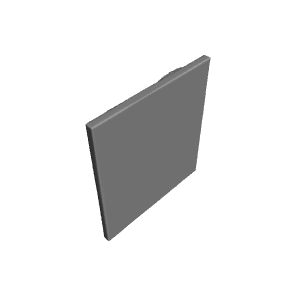