A woman's tomb at Eretria at The British Museum, London

3D
Scan The World
1,444 views 73 downloads
Community Prints Add your picture
Be the first to share a picture of this printed object
0 comments

A woman's tomb at Eretria at The British Museum, London

This artefact is said to have been found in the same tomb at Eretria on the Greek island of Euboea. They seem to suggest that the tomb may have belonged to an educated woman. As a grave marker, the tomb originally had a stepped monument with the lowest step of limestone, the upper ones of marble, probably crowned by a gravestone. 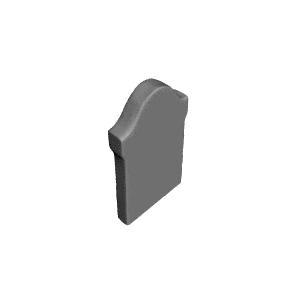 ×
0 collections where you can find A woman's tomb at Eretria at The British Museum, London by Scan The World