3D
Scan The World
2,578 views 110 downloads
2 collections
Community Prints Add your picture
Be the first to share a picture of this printed object
0 comments

Jules Auguste Lemire (born 23 April 1853 in Vieux- Berquin and died March 7, 1928 in Hazebrouck), known under the name of Abbe Lemire, is a clergyman and French politician. He was born April 23, 1853 in Vieux- Berquin , a small village near Hazebrouck where his parents ran a small farm of 14 hectares . He had two sisters and two brothers . His mother died when he was only eight. Raised by his aunts Cultivators, he graduated in 1872. Priest in 1878, he was appointed to Hazebrouck ; he quickly learns the Flemish do not talk in his home village . In college Saint Francis of Assisi , under the direction of Jacques Dehaene , he taught Latin, Greek , philosophy, poetry. By September 1892, he will be responsible for the founding of the Institution Saint - Jacques , whose construction will be completed in 1893 . 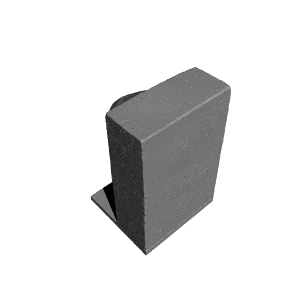 ×
2 collections where you can find Abbé Lemire in Croix, France by Scan The World