3D
Scan The World
4,075 views 139 downloads
1 collection
Community Prints Add your picture
Be the first to share a picture of this printed object
0 comments

Abraham Davel, after studying in Lausanne, became a notary and land commissioner. In 1692, he began his military career in the service of Prince Eugene of Savoy and John Churchill. He participated alongside the Bernese in the second Villmergen War of 1712, and after the victory of the Protestant alliance received a pension and settled in Vaud where he resumed judicial office. In 1717, he was appointed by the Bernese to command the Vaud militia of the district of Lavaux.

In the face of Vaudois resistance to the introduction of the Helvetic Consensus, Davel felt himself to be called by God to liberate his country from the power of Berne. On 31 March 1723 he entered Lausanne in the company of 500 to 600 unarmed men at a moment when the Bernese bailiffs were absent. There, he assembled the municipal counsel, and presented them with a manifesto in which a number of failures and abuses were levelled at the government in Bern. And so he made public his plan aiming for the autonomy of the land of Vaud. But the counsel immediately reported the incident to Bern, and Davel was arrested on 1 April. He maintained, even under torture that his undertaking was suggested directly by God and that he had no accomplices. He was condemned by the court of citizens (Lausanne) to death and was be-headed on the 24th of April at Vidy.

Today the Vaud section of the Swiss fraternity, Zofingia, commemorates the sacrifice of Major Davel ever 24th of April, in a procession following his route on that day in 1723, leaving from the Château Saint-Maire in Lausanne and leading up to the monument at Vidy, the site of his execution. A stele was erected in Louis Bourget Park at the place where the scaffolding was placed. It bears the following inscription: "Here Davel gave his life for his country, 24 April 1723". 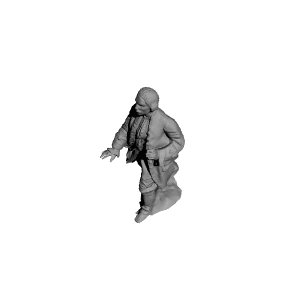 ×
1 collections where you can find Abraham Davel in Lausanne, Switzerland by Scan The World