3D
Scan The World
1,651 views 65 downloads
Community Prints Add your picture
Be the first to share a picture of this printed object
0 comments

This public sculpture represents an astract figure and is part of the Muzeon Art Park.

This fascinating park is the final resting place for the many Soviet statues evicted from Russia’s parks and squares following the collapse of Communism. Founded in 1992, the park has been accumulating monuments for over 20 years, and today its collection comprises more than 700 sculptures, including some notable pieces by Vera Mukhina, Ivan Shadr, Yevgeny Vuchetich, Yevgeny Chubarov and a number of other contemporary sculptors.

Highlights include the huge steel sculpture of the Soviet world, innumerable giant pedestal-less Lenins, monuments to the Red Army, and a de-nosed Stalin. In 2013 the Krymskaya embankment became a pedestrian zone and part of the Muzeon park. 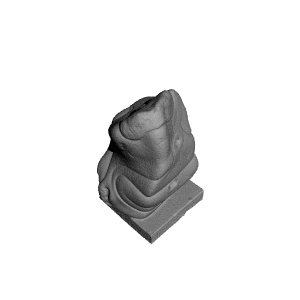