3D
Scan The World
1,595 views 66 downloads
Community Prints Add your picture
Be the first to share a picture of this printed object
0 comments

The Abstract art movement is unconcerned with the literal depiction of things from the visible world. Artwork that reshapes the natural world for expressive purposes is called abstract; that which derives from, but does not imitate a recognizable subject is called nonobjective abstraction. In the 20th century the trend toward abstraction coincided with advances in science, technology, and changes in urban life, eventually reflecting an interest in psychoanalytic theory. Later still, abstraction was manifest in more purely formal terms, such as color, freedom from objective context, and a reduction of form to basic geometric designs and shapes. 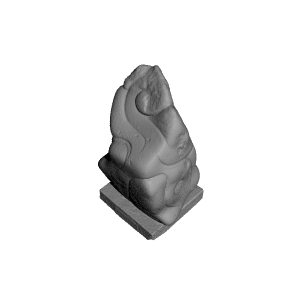