Action In Chains at The Jardin des Tuileries, Paris

3D
Scan The World
4,859 views 414 downloads
2 collections
Community Prints Add your picture
Be the first to share a picture of this printed object
0 comments

Action In Chains at The Jardin des Tuileries, Paris

The Action Chained is a work by French sculptor Aristide Maillol. Created in 1905 , he moved to Puget Theniers in France . A replica can be seen in Paris. The work is a sculpture in bronze . It represents a female nude standing, whose hands are tied behind her back.

The original bronze is exposed to Puget-Théniers in the Alpes-Maritimes , in the Place du Pre de Foire. It is placed on a stone pedestal, as high as the statue itself, which serves as a tribute to Auguste Blanqui.

A replica, also in bronze, installed since 1964 in the garden of the Carrousel in the 1st arrondissement of Paris; it is part of a set of statues of Maillol exhibited outdoors.

The statue was commissioned from Aristide Maillol by the Puget-Théniers section of the League for Human Rights in honor of Auguste Blanqui ,a native of the town. Maillol created the statue between 1905 and 1908 where it was erected in 1909 in front of the church . This location caused a scandal and the statue was replaced in 1922 by a war memorial and relegated to the pre-fair . DuringWorld War II , to avoid being melted bronze, the statue was dismantled and hidden again in the slaughterhouses of the village. Discovered in 1942, it is stored in Nice where she escapes but his fate. She returned to Puget Theniers after the liberation of the region in September 1944 , and erected at its current location.

Parisian replica installed in 1964 in the garden of the Carrousel. 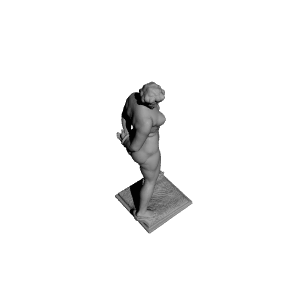 ×
2 collections where you can find Action In Chains at The Jardin des Tuileries, Paris by Scan The World