3D
Scan The World
2,305 views 81 downloads
Community Prints Add your picture
Be the first to share a picture of this printed object
0 comments

Adrien Henry Prevost Longpérier ( September 21, 1816 - January 14 1882 ) is a numismatist , a French archaeologist and curator of the nineteenth century.He was the son of Henry Simon Prevost Longpérier a commander of the National Guard who was later mayor of Meaux from 1840 to 1848. In 1836 , he entered the cabinet of medals of the Royal Library (future National Library ) . Protected by Raoul- Rochette, he gets up first employee in 18421. He published in 1840 a ​​fundamental study of numismatics sovereign Sassanid , and devoted several years later to numismatics Arsacids .He founded the Baron Jean de Witte Archaeological Bulletin of the French Athenaeum . In 1856 , after the departure of Louis de la Saussaye , Henry Longpérier resumes with Jean de Witte direction Numismatic Journal.From 1847 to 1870 he was curator of the Louvre antique. In 1848 he was the only curator of the Louvre in not being returned when régime3 change. As curator of ancient he was responsible for collections from cultural areas and varied eras. As such, he welcomed the Louvre the first Assyrian sculptures from Khorsabad arrived in France and is closely interested in deciphering the cuneiform. He was also responsible for receiving the Campana collection. Among the many scientific interests civilizations of America and the National Antiquities can also include: Longpérier was originally a Mexican Museum (1850) and a member of the Committee create the museum of St. Germain-en-Laye. From 1854 he was a member of the Academy of Inscriptions and Belles letters. He was director of numismatics Journal from 1856 to 18724. From 1858 he was a member of the Committee of historical and scientific work. 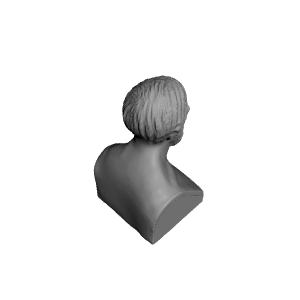 ×
0 collections where you can find Adrien Prévost de Longpérier at The Louvre, Paris by Scan The World