3D
360°
Scan The World
1,935 views 141 downloads
1 collection
Community Prints Add your picture
Be the first to share a picture of this printed object
0 comments

Aeschylus (c. 525/524 – c. 456/455 BC) was an ancient Greek tragedian. He is often described as the father of tragedy. Academics' knowledge of the genre begins with his work, and understanding of earlier tragedies is largely based on inferences from his surviving plays. According to Aristotle, he expanded the number of characters in the theater and allowed conflict among them; characters had previously interacted only with the chorus. 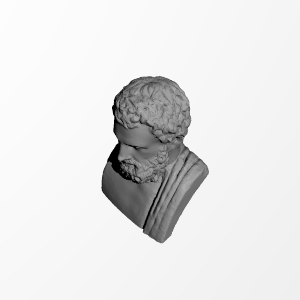 ×
1 collections where you can find Aeschylus by Scan The World