3D
360°
Featured Scan The World
1,464 views 112 downloads
2 collections
Community Prints Add your picture
Be the first to share a picture of this printed object
0 comments

The private collection of the Villa Albani-Torlonia in Rome holds the only surviving large-scale sculpture of a hunchback. Although it has been intensely studied, with many copies of it shared between academics, it remains enigmatic. The hunchback is generally agreed to be Roman and dated to the second century AD on the basis of its portrait head, particularly in the drilling technique of its hairstyle, though the realism of its misshapen and ugly body is in the tradition of works of the third century BC.

Whether the hunchback is an original of its time or a copy of a now lost Greek work is still contentious. Since its discovery in the Baths of Caracalla, the figure has been identified as the famous Greek fabulist Aesop, who, according to literary tradition, may have been a hunchback. Although several scholars have suggested new possibilities for the identity of this hunchback, including the proposition that it is a Roman original representing a jester of the imperial court, its association with Aesop has remained. 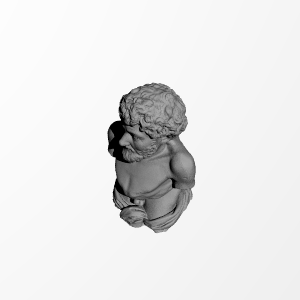