3D
Scan The World
3,493 views 221 downloads
Community Prints Add your picture
Be the first to share a picture of this printed object
0 comments

This Statue is placed at the Palace of Versailles in the Africa Room.  As the political monarch he was, King Louis XIV took “grand entertainment” to the height of its magnificence, making Versailles a venue for celebrations and shows that were ever more grandiose, extraordinary and fantastical. With his eye for human psychology, he understood that the political framework he had forged demanded this “society of pleasures, which gives the people of the Court an honest sort of familiarity with (the sovereign), and touches and delights them more than can be said.” Everyday life at the French Court needed many forms of entertainment. The extraordinary character of royal events was intended to astonish the Court, the kingdom and Europe. Each of his successors, in accordance with their tastes and changes in fashion, preserved this tradition of splendour and creativity in entertainment. The exhibition aims to present the extraordinary variety of entertainment put on at the Court of Versailles, including hunting, shows, comedies, operas, concerts and individual music playing, walks, outdoor games and sport, other games, fires and illuminations, over a fairly long period stretching from Louis XIV to the Revolution. The approach is not designed to be an exhaustive one, but one that shares the feelings of the times through a choice of major works with plenty to delight the eyes and imagination. The curators have relied on scientific expertise in each of these domains.

Printing with support due to detail complexity. 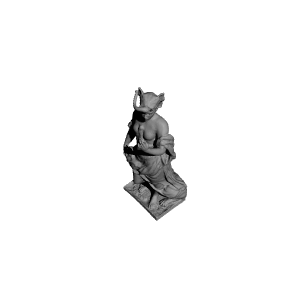 ×
0 collections where you can find Africa at The Palace of Versailles, France by Scan The World